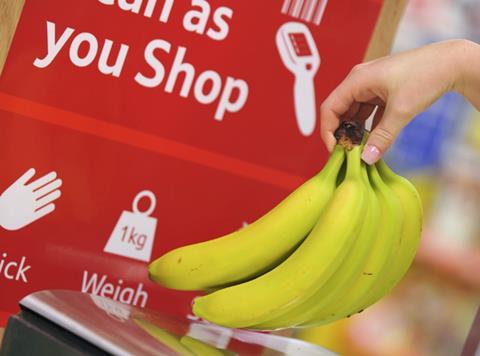 Tesco has announced plans to guarantee a living wage across its UK banana supply chain with a pledge to top up the pay of producers earning less than that amount from early next year.

This included a pledge to pay the living wage gap to banana producers equivalent to the volumes it sources from January 2022.

Since 2017, the UK’s largest supermarket has sourced all the bananas it sells in the UK and Ireland from either Rainforest Alliance or Fairtrade certified farms. However, the two certification schemes do not guarantee that workers earn a living wage.

Bolton said the retailer had worked alongside industry partners including the World Banana Forum and IDH to establish living wage benchmarks in all major banana-producing countries and support the development of tools for suppliers to measure living wage gaps.

This had enabled Tesco to collaborate with suppliers and collect information on the cash wages, bonuses and benefits-in-kind workers in its supply chain receive.

“The latest set of data show us that half of our suppliers already pay a living wage to all workers,” Bolton wrote. “For our remaining suppliers, living wage gaps were found to range between 2% and 18%, but in many cases, it is only a small proportion of workers earning below the living wage benchmark.”

Achieving a living wage for workers, he added, was a responsibility “shared across the entire supply chain”.

“That’s why we are committed to embedding living wages into our purchasing practices and working together with our long-term supplier partners to eliminate living wage gaps over time,” he said.

Paul Lievens, policy & communications coordinator for NGO Banana Link, congratulated Tesco on its approach and said it “hopefully sets an example for other supermarket chains”.

“Banana Link is pleased that a major international buyer is making a significant commitment, but now calls on other retailers across Europe, the UK and North America to follow Tesco’s lead, and on Tesco to extend its commitment to its operations beyond the UK and Ireland,” Lievens said.

Banana Link international co-ordinator Alistair Smith added: “The key principle that we applaud is that the final buyer, where the power along the chain is now concentrated, is accepting responsibility for meeting wage gaps through better prices.

“Ideally, though, retailers should be looking to do at least two other things for the dynamic to lead to poverty reduction in practice: they should seek validation of current wage data through local trade unions, and look to ‘ring-fence’ higher prices conditional on genuine social dialogue and bargaining with independent trade unions.” Though 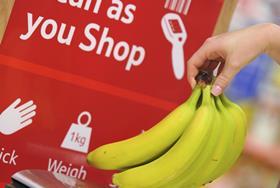