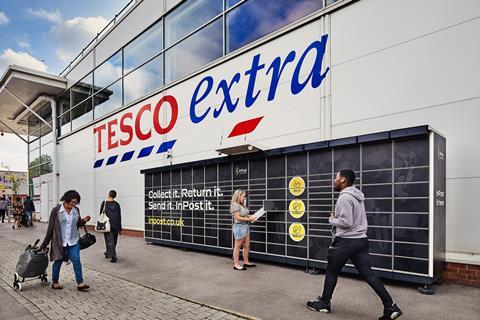 Tesco is rolling out click & collect lockers at hundreds of stores, where shoppers can pick up or return orders from other retailers.

The lockers have already been installed at 200 Tesco stores and up to 300 more are set to gain them by the end of November. It is parcel locker firm InPost’s biggest partnership with a UK supermarket to date.

The lockers can be used to collect online orders from a range of retailers such as Boohoo, Missguided and Holland & Barrett. They can also be used to return purchases or send parcels through carriers including Hermes and DX.

Users are texted a QR code which they scan at the lockers to open the compartment holding their order.

It is hoped the timing of the rollout will provide extra convenience for shoppers in the run-up to Christmas, while also helping key workers, thanks to the 24-hour accessibility of the lockers.

InPost lockers are also found at branches of Morrisons and Lidl, as well as railway stations and petrol station forecourts.

The latest rollout with Tesco is set to bring the total number of InPost lockers across the UK to about 2,500. InPost is aiming to grow the number to over 10,000 by 2024.

The firm claims its lockers are a greener alternative to home deliveries, with the potential to eliminate carbon emissions by up to 70% per parcel, as well as reducing congestion in residential areas.

“People are always looking for new ways to access essential amenities and convenient services that fit in around their busy lives, saving them time and effort,” said InPost UK CEO Jason Tavaria.

“Our lockers do just that. And by reducing the number of deliveries needed, the new lockers will reduce local traffic, helping create more sustainable, greener communities.” 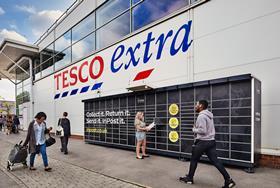