Morrisons to expand wholesale with supply to pubs and restaurants 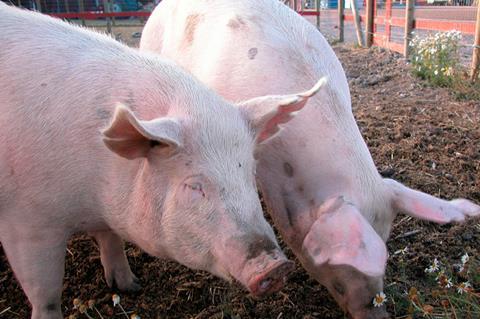 Pig producers fear they will have to start culling healthy animals on farms within weeks due to the impact of the growing CO2 crisis on already stretched supply chains.

National Pig Association CEO Zoe Davies warned there was now a backlog of about 95,000 pigs on farms across the UK due to the impact of CO2 shortages faced by processors and already critical shortages of labour in the supply chain. And without resolution, these out-of-spec animals would soon need to be disposed of due to animal welfare considerations of keeping them on farm.

“If there’s no CO2 it means we can’t slaughter,” she told The Grocer. “If that continues, we will be totally up the creek.”

Despite dismissing the on-farm culling of pigs using captive bolt guns as a “travesty” in warnings over the labour crisis earlier this month, Davies said producers may now have no other option.

And with widespread CO2 shortages now compounding those issues with labour, Davies said: “I can’t believe the government is making us even consider things we are now having to consider [in the form of on-farm culling].”

It needed to “start looking at alternatives to CO2”, so it could become “less reliant on a completely different industry” for such a crucial input used across the food sector, she urged.

It comes on the back of a frantic weekend for the food sector after fertiliser manufacturer CF Industries halted operations at its plants at Ince in Cheshire and Billingham in Teesside last week due to soaring wholesale energy prices.

Those two plants supply about 60% of the UK’s industrial CO2 needs as a by-product of fertiliser production. But with no indication over when the plants would reopen and reportedly inconclusive talks between the UK government business secretary Kwasi Kwarteng and CF over the weekend, the prospect of a swift resolution to the shortages remains slim.

Davies’ warnings were echoed this morning by Pilgrim’s UK agriculture director Andrew Saunders, who said there was “no alternative stunning system to CO2” in an interview with the BBC’s Today Programme, as he called for the “government to intervene in some way”.

The British Meat Processors Association has also called for a “strategic response from government” on the issue, while FDF CEO Ian Wright has called on the government to subsidise gas suppliers to restart production.

“The industry is already at tipping point ahead of the demanding Christmas period,” he said in a statement. “We have worked tirelessly throughout the pandemic to keep food on the shelves, but there is a real risk of product shortages across the country if the government does not act immediately to address these issues.”

Other sectors facing shortages include the poultry sector, with British Poultry Council CEO Richard Griffiths warning on Friday that the latest disruption to CO2 supplies would “dwarf” the 2018 CO2 crisis and threaten “the UK’s national food security”.

And in a sign that CO2 has many uses across the food supply chain, Wyke Farms MD Rich Clothier said shortages would severely impact on the shelf life of its cheese, with the company already “living hand to mouth” when it came to supplies of the gas.

Government failing to act on labour crisis, despite warnings of pig cull 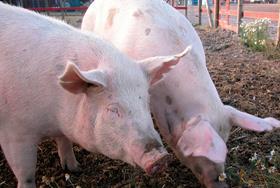