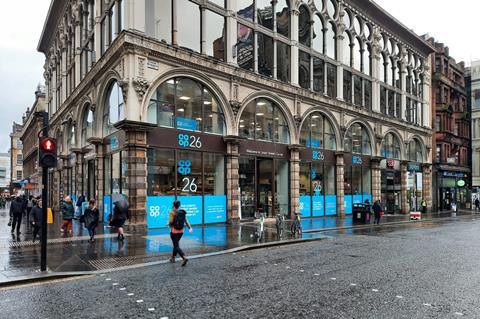 Six flagship Co-op stores have been rebranded to ‘Co-op26’ to mark the upcoming climate change conference.

The campaign aims to get people asking questions about how they can reduce their carbon emissions on a community level.

The rebranded stores have been decorated with amplified exterior signage and window vinyl to reflect the temporary name. This is in a bid to catch the attention of those walking by, the retailer said.

Co-op will also feature the new branding across its social media channels for the duration of the conference.

In addition to this, all of the convenience retailer’s 2,600 food stores and 830 funeral care homes will communicate the same in-store messaging, including interior PoS such as hanging boards, shelf-edge labels and bunting, exterior bollard covers and in-store radio takeovers to encourage customers to get involved.

The move comes as it joined a new carbon reduction campaign called ‘Count Us In’ which aims to encourage one billion people to take practical steps in their own lives to reduce carbon pollution.

These include eating more plants, switching energy suppliers, cutting down on food waste, repairing and reusing appliances, and sharing experiences with friends and colleagues to raise awareness around climate action.

”While the world looks to the COP26 conference to guide global leaders on how countries can accelerate change, we are shining a spotlight on how Co-op, our customers, members and colleagues can all play their part in the fight against climate change on a community level.

“Through the launch of the Co-op26 campaign and our partnership with Count Us In, we want to grab the attention of communities all across the UK to get them thinking, asking questions and taking action, as well as equip them to use their voice and successfully activate the ‘tell your politician’ pledge.”

The Co-op26 stores include three sites in Glasgow, as well as London Dover House, Manchester High Street and Keele University. 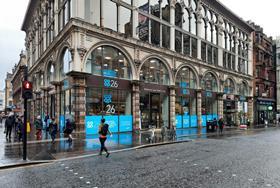