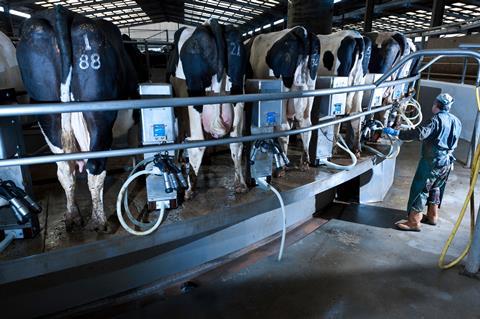 Soaring input costs are set to drive significant inflation across dairy over the coming months, and buyers who resist price rises may lose out to a buoyant export market, experts have warned.

In echoes of the warnings made by poultry giant 2 Sisters Food Group earlier this month, agricultural consultancy Kite said the dairy sector was facing its own ‘reset’ moment, where inflationary pressures would need to be passed on to customers.

Its new report, ‘Project Reset: why we face a new normal in dairy product prices’, said there was “simply not the profitability in the food sector to absorb the levels of inflationary cost increases currently in play”.

“The strong feeling in the market is that this will not continue – processors will simply stop supply,” he warned. “This introduces an interesting dynamic to the market, particularly at a time when supplies are being interrupted due to lorry driver availability and covid, as well as more complex trading with the EU.”

Cost price rises were “rampant on every front”, from primary farm level through to dairy processors, Allen said.

With energy prices having jumped by as much as 300% over the past six months, processor costs will have risen by 15% for those with fixed energy contracts, or as much as 70% for those without a fixed deal or using gas to dry milk, the report said. Energy and labour accounted for 50% of all non-milk related costs for butter, to just under 40% for cheese manufacture, and nearly 60% for skimmed milk powder and whey.

Pressures were further exacerbated by inflation on everything from wooden pallets, to cardboard, HDPE plastic, warehousing and transport. Meanwhile, the on-farm cost of production was expected to increase by between 2p-3p per litre next year to a break-even price of between 33p-34p, Kite said, driven by soaring feed prices.

This was despite average farmgate milk prices reaching their highest level in seven years, at just under 31ppl [Defra], following a spate of recent price rises by processors.

As an example, Kite said the current cost increases in the supply chain would mean bulk butter prices would need to grow by as much as 31% on current levels to £4,200/tonne.

The milk cheddar bulk price would need to increase by as much as 20.1% to as high as £3,625/tonne. Meanwhile, the liquid milk price would need to be commensurate with those increases to keep milk flowing into liquid dairies “as cheddar makers are consistently out-paying liquid processors and attracting ever more farmers”, Allen said.

Indeed, some liquid processors were already heavily reliant on the spot market for their milk supplies, as they had insufficient farmer suppliers to meet their needs, he pointed out.

Inflationary pressures are already trickling down into retail, with analysis of Assosia data by The Grocer [12 w/e 25 October] showing 45 price increases across liquid milk alone in the UK’s 10 largest supermarkets, against just four decreases.

This meant most own label four-pint bottles  – a traditional signpost for wider dairy price inflation – now cost £1.15, with Iceland increasing to £1.19 and Waitrose and M&S increasing to £1.20 over the past two months. Prices averaged £1.09 earlier this year across most retailers.

More price increases would be needed across the category over the coming months to ensure retailers could maintain supply, Allen warned.

Yet there were “widespread reports of customers pushing back or failing to even engage in the discussion”, he said.

If cost compensation was insufficient, milk volumes from farms would fall “and more of what is produced may effectively migrate away from the UK market and onto the global market”, he said.

This was reinforced by the fact almost all UK cheese and butter makers had significantly increased the amount of cheese they exported, and this was expected to continue – despite the complexities associated with sales to the EU after Brexit.

Retail buyers “who get their supply chain relationships right will secure their milk requirements. Those who don’t, won’t,” Allen said, with “more of what is produced migrating onto the global market”.

“This isn’t a ‘please give us a penny’ moment, or a begging letter, it is what it is,” he added. “The milk will migrate to the most profitable product or outlet, be it on the domestic market or exported to third countries.” 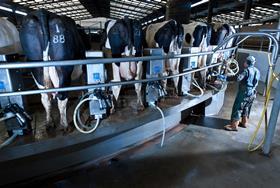