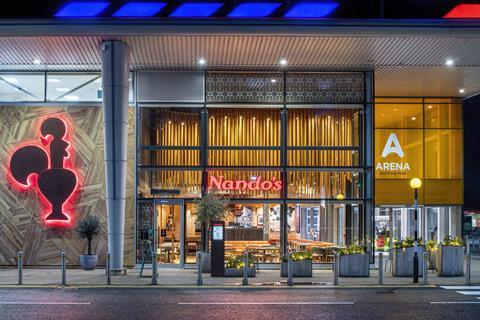 Nando’s has been forced to shut restaurants and reduce hours at some after its chicken deliveries were hit by a nationwide shortage of lorry drivers (The Telegraph). Peri-peri chicken wings have become the latest casualty of Covid-related upheaval in the food industry, with a shortage of chicken forcing Nando’s to temporarily close a 10th of its restaurants (The Guardian). Nando’s has been forced to temporarily close around 50 restaurants after suffering chicken shortages due to supply chain disruptions across England, Wales, and Scotland (Sky News). Nando’s says it will lend some of its staff to its suppliers to help “get things moving” in the supply chain after shortages hit some of its shops (The BBC).

Britons’ hunger for takeaways grew even bigger in the first six months of 2021 as lockdown restrictions led to a 76% increase in orders at Just Eat Takeaway (The Guardian). Just Eat orders in the UK rose to 135 million in the first six months of this year as it linked up with more restaurant brands and boosted marketing including through a Euro 2020 sponsorship deal (Sky News).

Ocado has reported its first ever sales decline as the grocery home shopping boom triggered by the pandemic dissipates (The Guardian). Grocery sales have slid as customers retreat from online shopping. They have tumbled by 4% over the past three months as shoppers continue to steadily return to pre-pandemic habits, according to figures from Kantar (The Daily Mail). The share of households buying groceries online has fallen to the lowest level since October as lockdown restrictions loosen, according to industry data (Sky News).

A coalition of public health bodies, doctors and charities have written to shareholders of Vectura urging them to reject a takeover of the respiratory drugs company by Philip Morris International (The Times £). The campaign against Vectura’s sale to the maker of Marlboro cigarettes ratcheted up a notch as medical chiefs warned it could severely damage the future of the business (The Daily Mail).

Brooke Masters in the FT writes: “The debate over Vectura is really a test of society’s willingness to let companies reinvent themselves and address the problems they helped create. The moral absolutism that tobacco opponents are displaying bodes ill for the far more important fight against climate change.” (The Financial Times £)

Walmart has raised its full-year outlook for the second time in three months, after a strong start to the back-to-school shopping season lifted sales even as the spread of the Covid-19 Delta variant weighed on consumer confidence (The Financial Times £)

America’s shoppers have celebrated the arrival of looser coronavirus restrictions by buying party items, travel gear and back-to-school supplies, helping Walmart to lift its forecasts despite a slowdown on last year’s sales boom. (The Times £)

The FT’s Lex column writes: “Walmart’s turnround depends heavily on its online strategy to combat Amazon. Over the past five years, the world’s biggest bricks-and-mortar retailer has poured billions into ecommerce. It has invested heavily in M&A and built up its website and delivery logistics.” (The Financial Times £)

The owner of Franco Manca and The Real Greek restaurants said that it expected sales to stay well above 2019 levels until Christmas, allowing the company to pursue plans to treble in size in the UK and expand abroad (The Financial Times £). The restaurant group behind the Franco Manca and Real Greek brands is targeting as many as 150 openings over the next few years and has set up a team to pursue overseas franchises (The Times £).

Job vacancies have hit a record high as the UK’s labour market continues to “rebound robustly”, according to the latest official figures. (The BBC)

Don’t blame Brexit for ‘empty shelves’, writes Julian Jessop in the Telegraph. The UK is far from alone in facing driver shortages, and has been hit by other factors including new tax rules and the pingdemic. (The Telegraph) 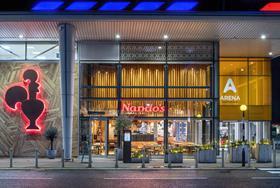