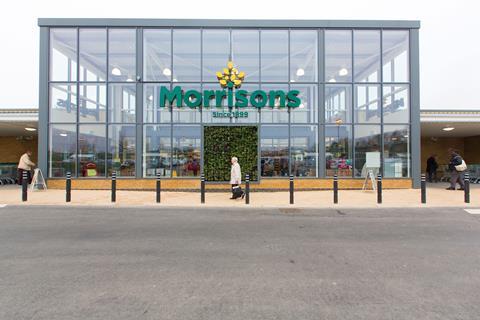 Morrisons’ board switched its recommendation last night and backed a £7 billion takeover by Clayton Dubilier & Rice after the private equity firm trumped rival Fortress (The Times £). Clayton, Dubilier & Rice has increased its offer for Morrisons to 285p per share, in the latest round of a protracted bidding war for the UK’s fourth-largest supermarket group that highlights the appeal of British companies to private equity firms (The Financial Times £). Morrisons has agreed a £7bn takeover by the US private equity group Clayton, Dubilier & Rice in the latest round in a fierce fight for control of the country’s fourth largest supermarket chain (The Guardian). The offer by CD&R is the latest twist in the bidding war for Britain’s fourth-biggest supermarket by market share (Sky News). It’s the latest step in a bidding war for the grocer, which has almost 500 shops and more than 110,000 staff (The BBC).

The former boss of Tesco has regained the lead in the race to buy Morrisons after an offer of £7bn was approved by the supermarket’s board (The Telegraph). Sir Terry Leahy looks set to make a dramatic comeback into British supermarkets following a £7billion bid for Morrisons (The Daily Mail).

The takeover of Morrisons is a battle that “comes down to cold, hard cash”, writes Ashley Armstrong in The Times. “For all the talk by both Morrisons bidders of protecting the Yorkshireman’s legacy, the battle for the supermarket has come down to cold, hard cash… So a £300 million increase made it an easy decision for the board to switch its recommendation.” (The Times £)

Ruth Sutherland in The Mail writes: “This debate should not be framed as if a takeover is inevitable and the only issue is to pick between of the two bidders. This isn’t a case of the lesser of two evils. Morrisons does not have to sell. It could have a fantastic future as a listed UK company. The board should take a leaf out of the book of Astrazeneca, which rejected a bid from Pfizer in 2014 and has gone on to great things.” (The Daily Mail)

A sharp rise in commodity prices, driver shortages and supply availability have prompted McBride, Europe’s leading maker of supermarket own-label cleaning products, to warn profits will more than halve next year (The Times £). A leading cleaning products maker has warned of a profits slump as it counts the cost of higher raw material costs and HGV driver shortages (Sky News).

The staffing crisis gripping business intensified yesterday as more firms warned of disruption and skyrocketing costs. A huge shortage of lorry drivers, coupled with staff absences caused by the ‘pingdemic’, has left suppliers of products and services struggling t o meet demand as the economy roars back from the pandemic. (The Daily Mail)

The prospect of a last-gasp counterbid or stand from institutional shareholders in the takeover of Vectura by Philip Morris International faded further yesterday. The tobacco giant bought up another 6.6% of the FTSE 250 respiratory drugs company’s stock at 165p per share, taking its stake acquired on the open market this week to a commanding 29.2%. (The Times £)

Pubs and retailers are being forced to stockpile wine from France, Italy and Spain due to EU red tape which is making it more expensive and time-consuming to import produce. (The Telegraph) 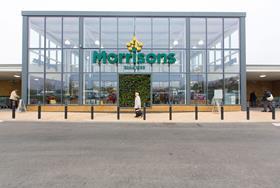