Waitrose ‘only major retailer in growth’ as grocery sales slip 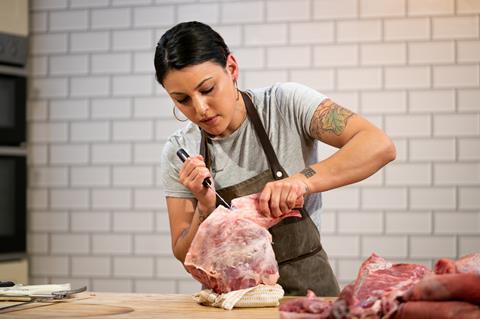 The pair are looking for women under the age of 30 to apply and said no prior experience was necessary. They added having a passion, enthusiasm and a “real obsession” with getting more women into butchery would be key.

An initial stage of the competition – running until 15 September – will involve candidates making a two-minute video of themselves answering key questions on why they want to get involved in butchery. Should they be successful, they will be invited to London for basic butchery and media training.

The competition winner – set to be announced on 31 October – will be given £2,500 in prize money, a £20k annual salary as an apprentice at one of Parson’s Nose’s London butchery shops and would also be the focus of a TV series which would be broadcast on 50 channels around the world.

They will also become a UK butchery ambassador, touring events and schools to get more women to consider a career as a butcher.

“We know women make fantastic butchers and yet it’s difficult to recruit women into the role,” said Hindhaugh. “A career as a chef is now truly aspirational and we would like to see the same change in perceptions towards working as a butcher, especially for women. With this competition and following TV series and media campaign we want to take away the stigma that butchery is just for men.”

It follows a series of recent initiatives by industry group Meat Business Women to attract more women into the meat sector after research showed women made up just 36% of the total meat industry workforce.

The industry group launched a major global campaign in May supported by leading meat businesses with the aim of challenging gender stereotypes and encouraging more women to join the meat sector. 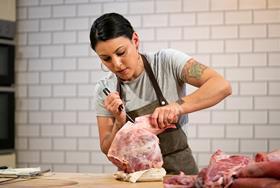