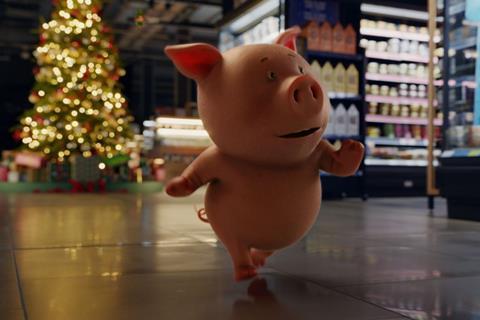 Spider-Man actor Tom Holland is starring in the M&S Food Christmas ad this year, as the voice of Percy Pig.

It sees M&S’s famous Percy Pig character brought to life through animation, with Percy finding out about the different options M&S Food has on offer this festive season as the Christmas Fairy, voiced by French, gives him a tour around the grocer’s Foodhall in Stratford.

The campaign is part of M&S’s efforts to change perceptions of the brand as it goes through a revamp, which has seen its food department become more central to the overall business.

“We wanted to do something really magical this year, but it had to be all about food as well,” M&S Food director of marketing Sharry Cramond told The Grocer.

“Our role is to communicate the magic of M&S Food and we need to make sure we’re concentrating on the hero products because that’s what people really want to know about.”

As part of the larger campaign, M&S has also created an additional seven adverts showing Percy exploring different food products, which means new content is to be released until the new year.

“All of the product-specific ads will all have prices on the end because we want to communicate these incredible products at incredible great value and prices,” Cramond added.

“We’ve really been driving our value perception while protecting our quality perception and we’ve been successful at it over the last year.”

The retailer is also using social media channels, including a TikTok takeover, to execute the overall marketing campaign as it aims to tap different generations of shoppers.

M&S has launched its Christmas campaigns amid reports that customers have started planning their shopping earlier than usual this year.

According to the company, nearly half of customers are expected to have finished their Christmas gift shopping by the end of November – with products such as wreaths, table centres and flowers proving to be popular among shoppers already. 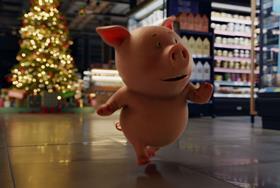