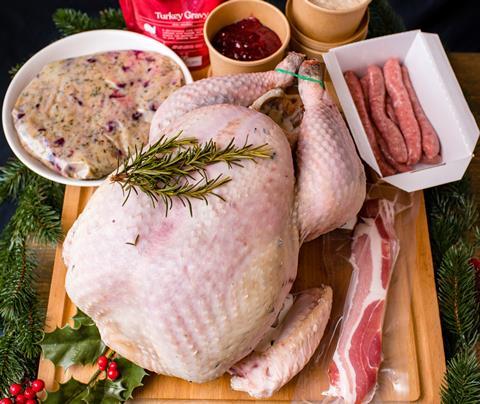 Tom Kerridge has unveiled a super premium range of free-range, bronze turkeys starting in price from £145.

The Michelin-starred chef has partnered with Berkshire-based luxury turkey farmer Copas to create the selection, which is branded under his name.

They are sold with festive trimmings including a pigs in blanket kit featuring full-size chipolata sausages with smoked streaky bacon, stuffing made with cranberries, sage, onions and chestnuts, creamy bread sauce, cranberry sauce, a turkey gravy finished with brandy as well as full cooking instructions and two recipes for turkey leftovers.

“Copas turkeys are in a league of their own, and I’m so pleased to be partnering with them this Christmas,” said Kerridge.

“On Christmas Day you want to get it right, and that’s a succulent turkey with a golden crispy skin, packed full of flavour.”

The turkeys are available to order from the Tom Kerridge website until 13 December and will be delivered on 22 December between 8am and 2pm. 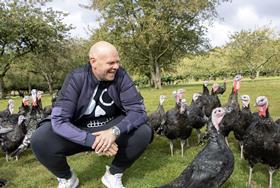