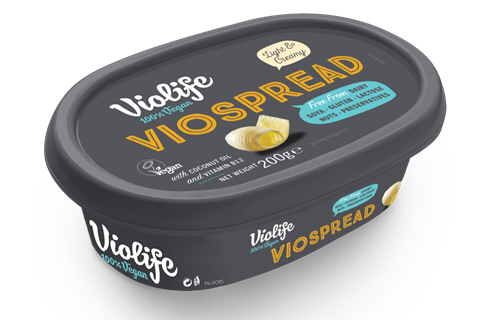 Viospread Light & Creamy is described as a “dairy-free product that’s perfect for spreading or topping” on toast, pancakes, crackers or melted over hot vegetables.

Available from Sainsbury’s and Asda (rsp: £2/200g) from this month, the product is made with 22% coconut oil and fortified with vitamin B12.

It is also labelled as being free from dairy, soya, gluten, lactose, nuts and preservatives.

The launch of Viospread comes a month after Violife entered the spreads market with the debut of Vioblock, a coconut, sunflower and rapeseed oil-based vegan block butter alternative.

At the time of the deal, Upfield Group CEO David Haines said the acquisition would “continue to drive exciting growth and innovation in the plant-based food sector”. 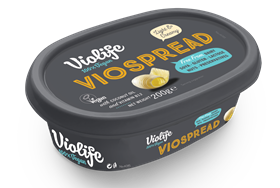